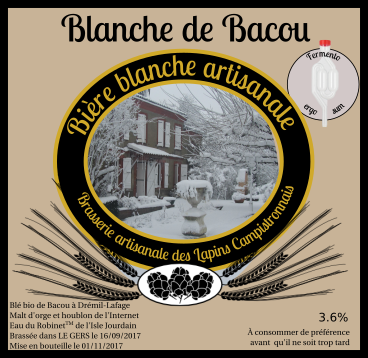 SOoooo my brother decided it’d be fun to plant some cereals to make beer… from scratch. So he planted corn, wheat and sunflowers (yeah ok that’s not a cereal, but apparently you can in fact make beer from it), and ended up with a grand total of 680g of wheat. What do you know, farming is hard.

So, here I was with the fun job of brewing something with 680g of wheat.

The first problem is to separate the grain from the shells. It used to be a big job involving smashing the grain in a bag or something. These days we can use machines: a magimix to separate everything, then a hairdryer to blow off the shells and only keep the grain.

Now what do we do with unmalted grain?

Randy Mosher mentions a cooking profile for unmalted grain, mixed with malted barley, which should ensure proper conversion (the problem of unmalted grain being that starches are too complex to ferment: so you cook them, and barley has a lot of the enzymes that perform the conversion to sugar, to help).

Mixing Mosher’s method and recipe from La Montreuilloise (a good book to start if you read French) here’s what I did:

The original recipe was an IPA and called for 20g more in secondary fermentation, but the beer is developing a nice wheaty taste that I actually don’t want to squach in hops.

The label shows the house where the wheat was grown, under the snow in keeping with the `white’ them.

At 3.6% it’s a pretty weak beer. I wonder how much sugar actually comes from the wheat.

Here are the result: 20 precious bottles after months of hard work! 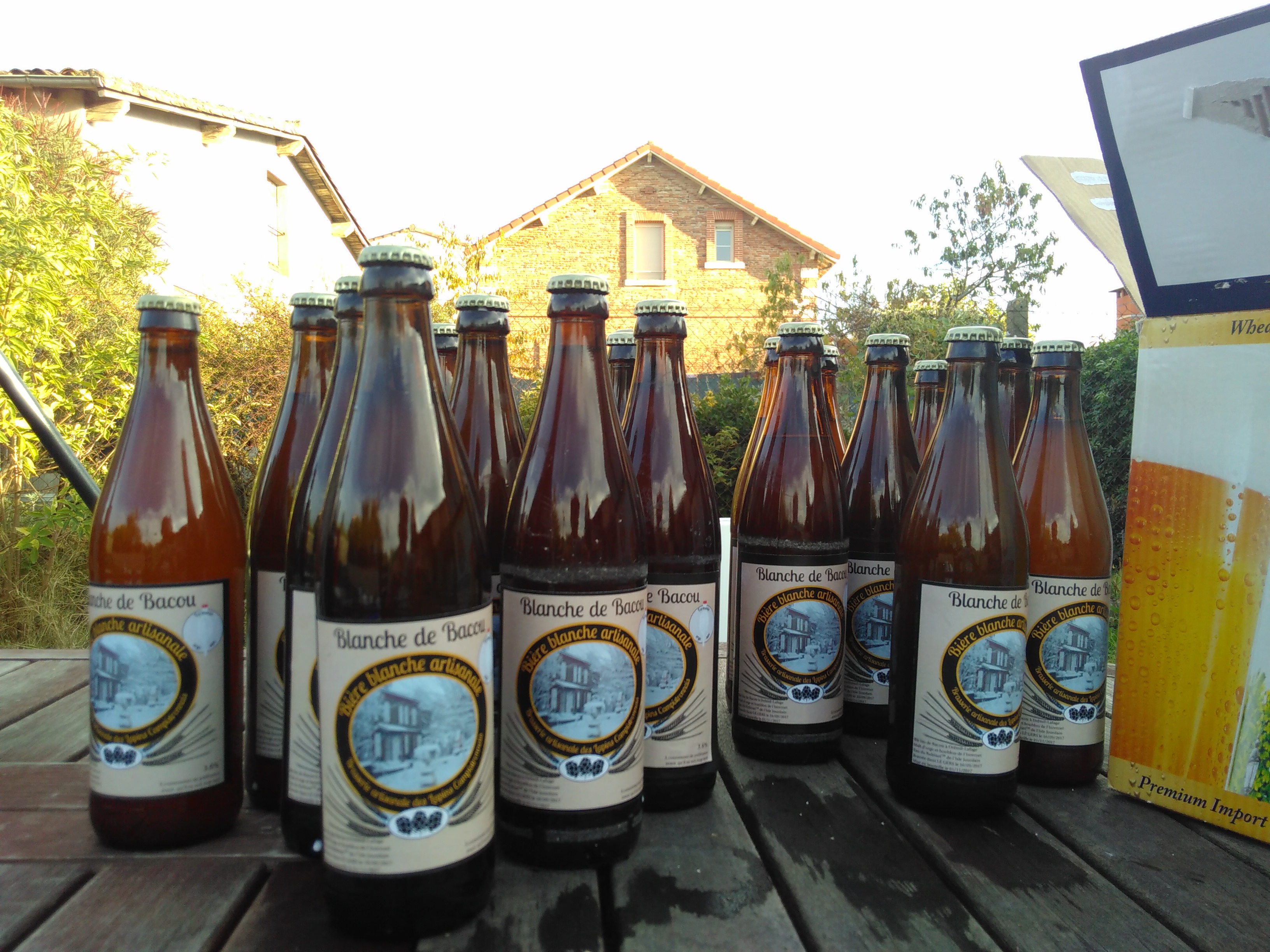