One of my favourite craft brewer in the Gers, L’Excuse, made L’Exhumée, a peaty beer which my girlfriend loved. After looking around, I compiled a bunch of recipes and came up with a peaty, whisky oak barley wine. As I wasn’t quite sure how it’d all turn up, I also made a plain barley wine based on the same recipe.

I split the main wort in two fermenters and added wort from the peat malt which I mashed separately. I then added the chips in a hop bag after first fermentation and let it in until I bottled about a month later.

These beers are said to be best left to age for a few months, so I haven’t tried them yet, but the taste upon bottling was very pleasant (the various opinions on-line varying greatly as to what is too smokey or what is not enough).

Update April 2020: So this beer is now almost three years into aging, which is probably too long. From my recollection, it was fine about 6 months after bottling (it’s still nice, it’s just not improving anymore). The peat taste is perfect for my palate (but I do enjoy the occasional Laphroaig, so your mileage may vary). The whisky chip taste is basically absent. I’m currently brewing another batch of this, so I’ll consider either adding more chips, or keeping them longer into fermentation. 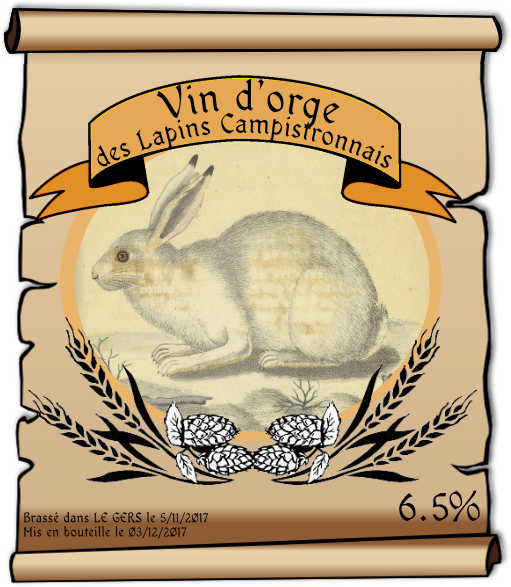 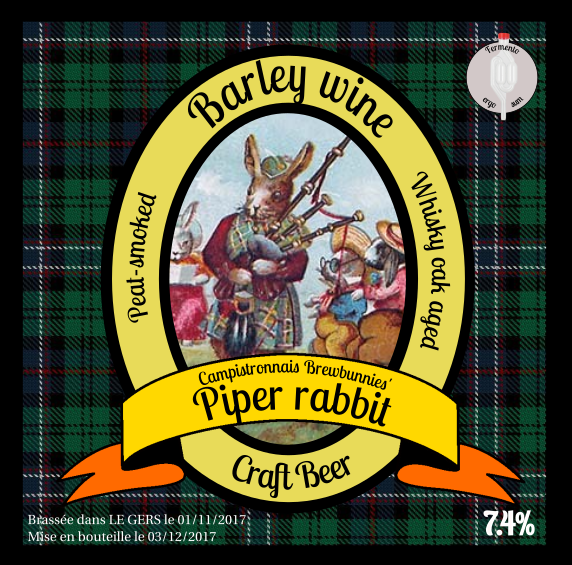 18APR2020: I brewed another batch with a slightly different recipe:

Moved to secundary fermenter on 03MAY2020, along with 200g of whisky oak chips (covered in water, boiled 5 mins, tossed in the fermeter along with the water).

Tasting six months later: I find it just perfect. It’s strong, complex, with a good balance between the smoke and the oak.

This was brewed during the first French lockdown, the “Confinement”, hence its name: La confinée.